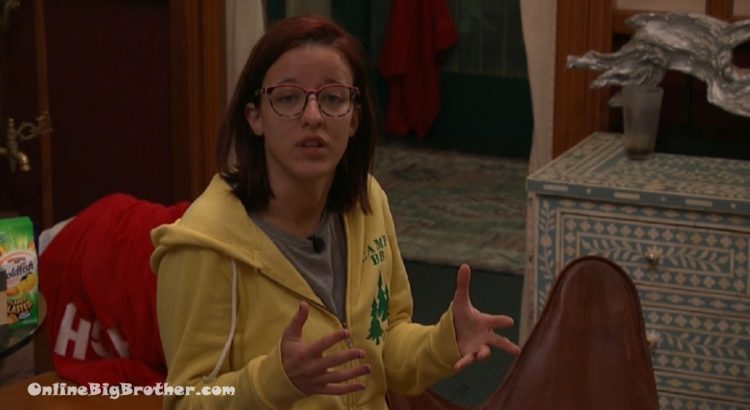 2:38 pm Nicole and Cliff
C – what did you learn my little secret agent
N – so I went to the hammock and he was working out
Nicole goes on about how he asked her why she’s feeling bad. It’s because Jackson said he wants to go to the final 3 with people that fought. She feels the same way.
N – I go, You don’t have to, believe me, I know my truth he (Cliff) was fighting for that Veto to bring you and that’s what is making me so sick and upset.
N – I kept just laying it on and he was like .. He got teary-eyed. SAid I know I feel that way too.
N – He got really quiet so I just let it simmer.
N – he goes Nicole I really want to be in one of those two chairs. So Nicole laid it on even thicker