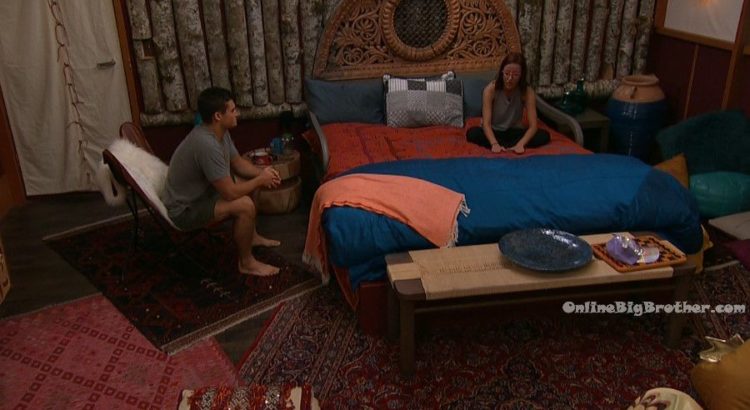 1:35pm Backyard. Nicole, Holly and Jackson.
Nicole – I appreciate you guys. Jackson – I appreciate you. I do. Holly – I appreciate you too. Jackson – what made you say that? Nicole – I was just thinking. Its very refreshing when people say things and mean them. And I don’t know if I am used to that in my life and I know I’m not used to that in this game. Or rather I don’t expect it. Its refreshing and inspirational. Holly – I am definitely not used to it in my life. Jackson – same. Nicole – Cliff was talking to me a lot about that and being a southern gentleman. The meaning of a handshake and eye contact. Jackson – its something that means a lot to me. And I am unwaveringly loyal to those that are loyal to me but I won’t bed over backwards or go against myself for those that have been loyal for those that haven’t.