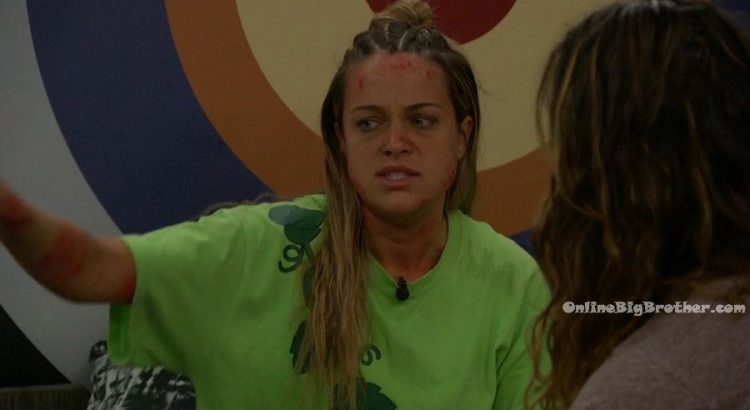 12:10pm Jackson, Jack and Holly.
Jackson is b***hing about the mess in the kitchen / fridge. I was about to have a BF! A b***h fit! The conversation turns to talking about Nicole. Holly – the way she (Nicole) walks and stuff, I don’t think she is hiding anything. Jackson – Maybe Nicole is a super genius. Holly – yeah she could be. Jack – nobody knows what she tested on the Wonderlake. She’s kept everything to herself. Jackson – and who’s to say that the answers she give are legitimate. Jackson – when I took the Wonderlake for my restaurant gig.. I got to about question 39 ..similar to another experience I had (taking it for BB). But even for the restaurant they never told me what I got.. they hired me so I was not completely incompetent.