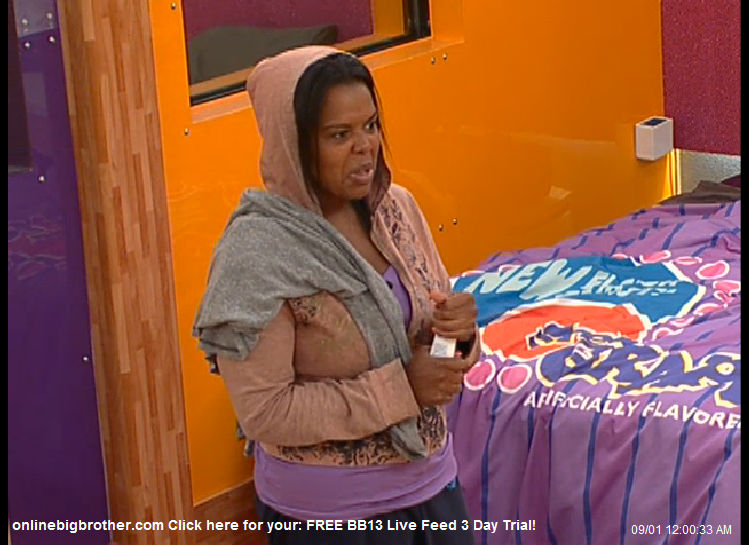 12am Kalia and Jordan are talking in the bedroom. Kalia says that she is so surprised how well she did with living with people ..because I hate living with people. Kalia says that she literally hates living with people… she literally despises living with people. Kalia said that people were like you do realize what show this is right. Jordan says it doesn’t seem like it …I would have never known. Kalia says that like everyone is counting down the day .. I literally can’t wait to have my own place. Kalia says that she was maybe a little more argumentative or cavalier before she came in here…and that I have learned that I don’t need to be like that .. They talk about the big house meeting that Kalia went off on people. Jordan talks about how Dani turned on them and if she hadn’t it would have been a different story. Jordan says that if Dick was still in here …it wouldn’t have happened ..he wouldn’t have let her .. it was only week two. Porsche comes in and joins them with her laundry. Rachel joins them soon after. Porsche finishes with her laundry and leaves. Rachel and Jordan turn off the light. They talk about how they really need to win HOH tomorrow. Jordan says she really wants to win to see photos of home. Jordan thinks it will be questions and then maybe endurance next week.