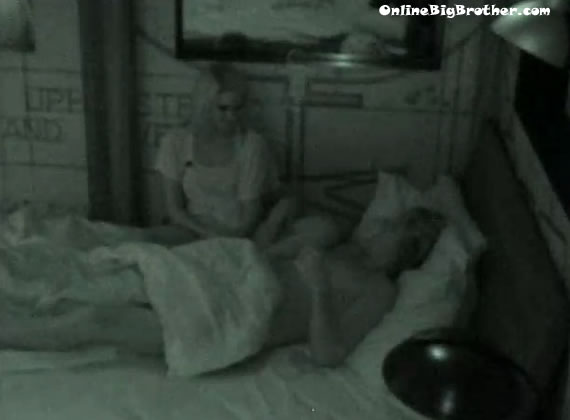 Aaryn is pissed off that half the people in the house don’t know how the Power of Veto works. Aaryn is also stressed that Elissa will continue to win MVP because she’s rachel’s sister and will have Rachel/Brendon campaigning for her to win it. She explains to David how the MVP works. Elissa can put up anyone she wants, nobody will know what happens and therefore Elissa will not get any blood on her hands. Aaryn adds that the MVP twist essentially makes Big Brother a game of chance.

Aaryn mentions that Helen and Elissa are very close they have to be tight lipped around them. David and Aaryn both say they fully trust each other and they only have each other in the house.

Aaryn says that Kaitlin was an alternate during the casting. Davide mentions that Katilin had failed her drug test and was having trouble getting on the show.

David points out that Spencer has been weird lately. He mentions that Howard was getting Chummy with him earlier in the day. Aaryn says that David needs to get closer to Howard because that is a vote. She adds that there is so few people in the house that understand the game.. “They’re fu*** retards”

Aaryn goes on and on that she worked so hard to get on the show, studied it over and over..

She tells him that he needs to get as many prizes as he can because it’s so hard to get to the end in the game.

(This is a strange conversation.. Aaryn talks like she’s been nominated but it’s Candace and Jessie. ) 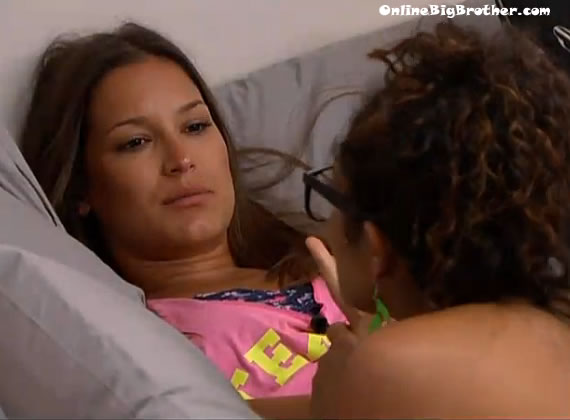 12:45AM HOH Candace and Jessie

Jessie says they’re objective this week is that they win POV and Backdoor that “B!tch” (Elissa) 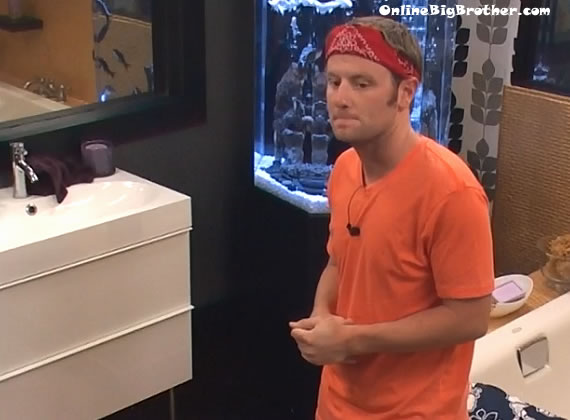 McRae is saying that they are still good as long as they keep it in the downlow. They wonder who Elissa would put up when she’s given the MVP. McRae says he’s been pushing either Spencer or Andy. He’s leaning more toward Andy because he’s a bigger physical threat. Judd Agrees.

Judd asks him who he would pick if he got House guests choice for the Power of Veto. McRae says it will be Jeremy. Judd thinks that Jeremy is a better idea then himself because it will take the attention off. McRae mentions that Judd really needs to win the POV then he’s guaranteed to be safe.

Judd points out that once the feed cameras came back on the other players started acting differently.. especially the girls, “The Girls are self destructing”. 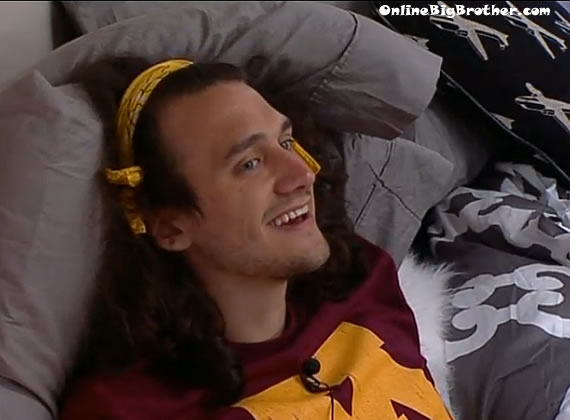 Andy says he feels the girls are going to start going after each other. McRae agrees. Andy says he wants to talk to McRae later tonight after people go to bed but he wants to make sure that they keep their deal on the Downlow (So McRae is playing a lot of people in the house right now)

McRae mentions that a lot of people in the house do not believe he’s a pizza delivery boy.

Andy says he was at first worried about Nick but he’s been talking to him all day and he’s starting to think Nick is someone they should get on their side. Andy proposes they start a group of 4, Nick, Any, Mcrae and Helen. Andy: “No one will suspect us.. I really think this will be an easy week”
McRae: “Hopefully I come out smelling like roses” 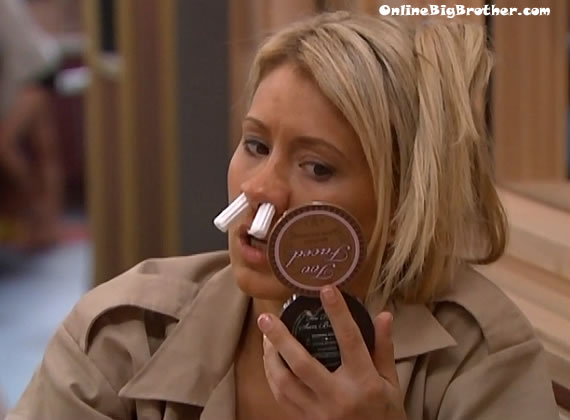 1:45AM Bedroom Jessie and Candace

Talking about Elissa and how her husband drives a lotus. They both think that people that are very rich should not be in the Big Brother game. They agree that Helen is on the show because it’s on her bucket list. 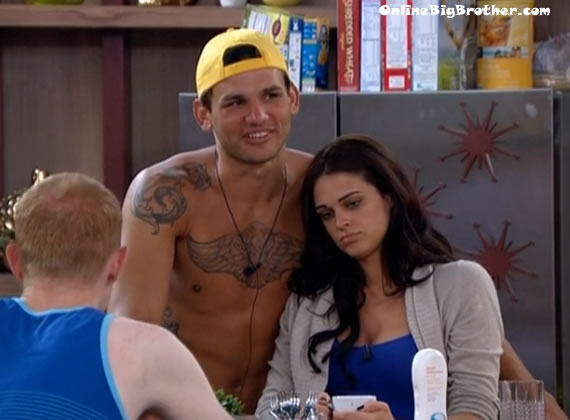 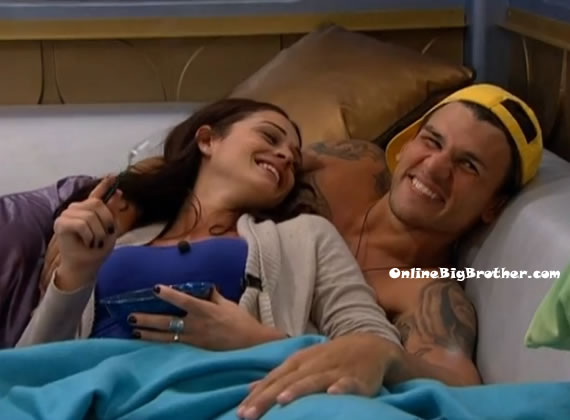 1:51AM Showmancing Kaitlin and Jeremy

more tampons in the nose http://bigbrotherspoilers.tumblr.com/post/54002527705/classy-ginamaire-zimmerman-stuffs-tampons-up-her

McRae is going to be fucked if all of the people he has deals with talk about it..

I mean damn who does he not have deals with?

I’m really confused which alliance is his # 1?

Is he planning on sticking with the guys?

Is his real target Elissa [I hope not]?!

Omg Jesse is so annoying I hope she goes home!